An Interview with our CEO, Nigel Richardson 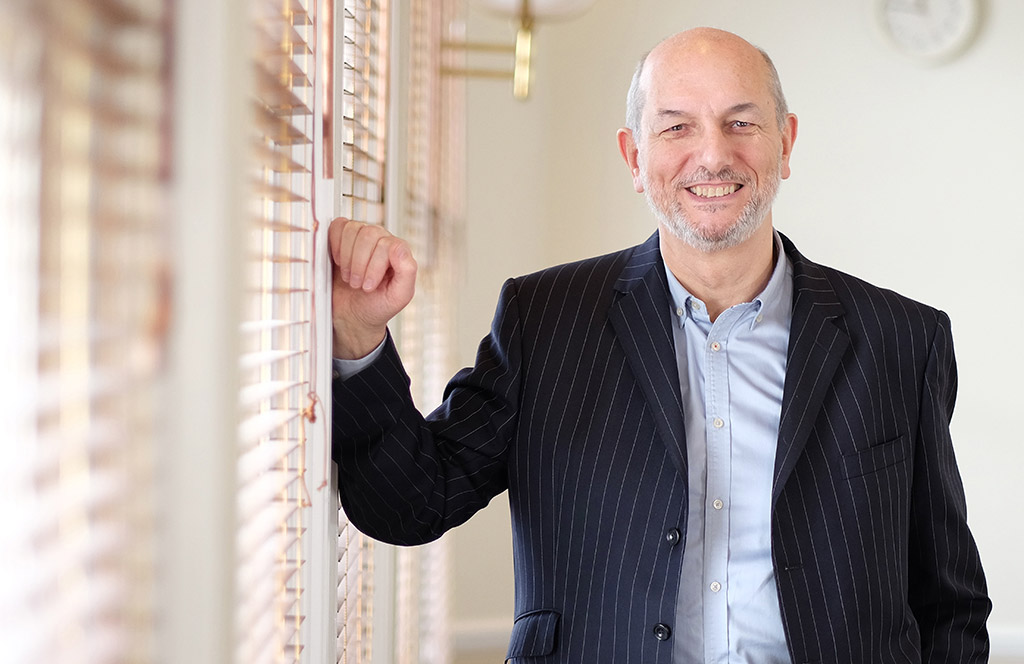 In celebration of our 40th year, we will be bringing you interviews with some of Custom’s longest serving employees who will be sharing their fondest memories of Custom’s history and what they are looking forward to in the future. Our first interviewee is our CEO, Nigel Richardson.

When did you join Custom Pharma Services?

Right at the beginning back in June 1979.

Tell me about how it all started.

The decision to start Custom Pharmaceuticals was made by my father, Tony Richardson, who owned and ran a company based in Horsham called Custom Packaging. He was trying to plan for the growth of the business by expanding from being packaging based into manufacturing. He did this in order to be more exclusive, to be able to offer a wider service to the marketplace in not just offering packaging but manufacturing of products and in particular he wanted to move into Pharmaceuticals as he saw that as being a market that was more sustainable, and less susceptible to competition. That was his plan in 1979.

It all came to pass due to his relationship with Nicholas Cox, at the time the Chairman of Cox Pharmaceuticals based in Brighton, they had been in Brighton for 140 years at that time. They were in the process of relocating their business to Devon and closing down their old factory which employed around 350 people, some of them very experienced employees who were being made redundant.

What are your fondest memories of Custom Pharma?

40 years is a long time to reflect on all the fond memories. I would say my fondest memory has to be meeting my wife here, I met her in 1982, she worked in our accounts department. That is for sure one of the best things that has come out of being a part of Custom Pharmaceuticals!

Apart from that, we’ve had some good times, various wonderful memorable occasions. I’ve met and worked with some very special people along the way. Many hundreds of people have walked through our doors in 40 years, a lot of different characters. I think the people are the most important part of any business and we’ve had our fair share of characters here.

It’s been great to watch the company grow and continue to grow, to contribute well to the community and to impact the lives of people, hopefully for the good. We currently employ around 180 people from the local area. We have produced many billions of tablets and capsules which have hopefully made people’s lives better by keeping them healthier than otherwise would have been the case.  To have done that consistently over a period of 40 years has been a huge accomplishment.

I think the biggest and, for me, the most exciting accomplishment that Custom could achieve would be to relocate to a new factory staffed with a great team of people, which is tantalizingly close.

For me that would be the crowning glory of my career at Custom, to put the company into a good place with a great future ahead of it ready for further growth and the next 40 years of opportunity.

What are you most excited for, for Custom’s 40th year?

I think I would quite like to see us have a fun celebration this summer which I am hoping we are planning for right now. It’s about being able to celebrate what we’ve done and also to anticipate the bright future which is about to come to pass.

I think if we can achieve the completion of Phase 1 of the new development, under one roof, over in Moulsecoomb it would be a terrific accomplishment to see that happen. That would see our CDO department moving over to the new facility, the licencing of the site to manufacture commercial quantities to be produced in the new containment suite as well as transferring the CDO which is a major very positive step forward for the business.

This site uses Akismet to reduce spam. Learn how your comment data is processed.

“We are very proud of our portfolio company, Kigelia Pharma and of the team, including the development team at Custom Pharma Services, for securing the first Veterinary Drug Licence through our joint venture with DDC.”

“Custom’s analytical skills are amongst the best in the UK and Europe.”

“The team at Custom are flexible, pragmatic and a pleasure to work with. Apart from being timely in responding, Custom works to a high standard and they are also very transparent which builds trust.”

Discover how CUSTOM CAN!

This website uses cookies to improve your experience while you navigate through the website. Out of these cookies, the cookies that are categorized as necessary are stored on your browser as they are essential for the working of basic functionalities of the website. We also use third-party cookies that help us analyze and understand how you use this website. These cookies will be stored in your browser only with your consent. You also have the option to opt-out of these cookies. But opting out of some of these cookies may have an effect on your browsing experience.
Necessary Always Enabled
Necessary cookies are absolutely essential for the website to function properly. This category only includes cookies that ensures basic functionalities and security features of the website. These cookies do not store any personal information.
Non-necessary
Any cookies that may not be particularly necessary for the website to function and is used specifically to collect user personal data via analytics, ads, other embedded contents are termed as non-necessary cookies. It is mandatory to procure user consent prior to running these cookies on your website.
SAVE & ACCEPT